Teaching group fitness classes has been my passion for over  34 years! Teaching fitness classes afforded me the opportunity to leave corporate America  in 2009, to do what I enjoyed most. Motivating people to workout feels good and I have lots of fun! It’s a sense of  accomplishment, knowing I can make a positive difference for someone’s health and wellness goals.  I enjoy the group training classes, however, I am also a  personal trainer,  independently working with clients for over 10 years. Training for a healthy heart is how I connected to fitness. If you can get and keep your heart healthy along with your lungs, all age appropriate of course, your body will follow.

If you were to ask my students about my classes, I think they will tell you, they are never bored. It’s important to keep changing things up to confuse the muscles, to maximize your weight loss goals, and to challenge the body.  I enjoy engaging all my students within the classes. Stay focused, you might be the one counting!  Join us, laugh with us, watch how the time flies!

Currently I only teach for the New Trier Adult Extension Center.    Learn more about my current class offerings here.

Come try out a class! All you have to lose is weight!

My father was forty-seven when he experienced his first heart attack. At eighteen years old, I hadn’t realized how young my father actually was. At that time the doctors told him there were several blockages to his heart, and he was in need of  bypass surgery.  In those days, (1979) bypass surgery took around fourteen hours, and the risk was high for not surviving. Fortunately, for my father he recovered, and returned to work for a while longer.

My father’s doctors advised him to lose weight, stop smoking and reduce his stress. You would think a  heart attack scare and surgery  would  make you change your habits or behavior, Right?

For my father this was not the case.  He was able to get the diet under control losing twenty-five pounds. He added lot’s of exercise to his daily activities, which included lot’s of yard work.  Unfortunately the cigarette addiction had a strong hold. Most would have called him a chain smoker!  The more the doctors talked about him quitting cigarettes, the  more he smoked.

Ultimately my father found himself  back in the hospital within three years, facing more blockages and the need for yet another bypass surgery.

This time it had a true effect on my outlook on life. This is where I was  scared  straight….making an instant change to  my lifestyle.  I was twenty-two years old,  already facing weight problems and I too was a smoker.  I needed to lose 25-30 pounds after the birth of my son, so like many other women, this is why we smoked. Sure it could make you lose some weight, however in the long run, you will gain the weight and now you are just another overweight person who smokes. Not an image I was striving for.

My first step was to quit smoking, which  I replaced  with running. Visiting the local high school track everyday after work, I started walking and ultimately turned to running. To keep my focus, I set my sights on a local 10-K event that year. Little did I know this would become a big part of my life. I placed second in that race in my age category. (OK, so there were only 2 people in my age category, a win-is-a-win! I earned my bragging rights!) I was  so inspired, I knew exercise was going to be a lifelong choice.

My love for exercise turned to the local fitness center, which quickly turned into  a part-time career teaching  group exercise.  My father ultimately stayed fit and as healthy  as he could while continuing to battle his addiction to cigarettes. He faced multiple bypass  surgeries and other procedures to keep his veins flowing until he was 78 years old, which is when he passed away from Carotid Artery disease. He always felt he was on borrowed time. He spent his day’s fishing, and working in his yard, to reduce his stress and enjoy his life.

My father spent thirty years working in senior management at Monsanto. In 1980 studies were launched suggesting the employees were all facing the same health issues. These studies implied the employees where subject to toxins that could be causing issues like Cancer, Carotid Artery Disease, Kidney Disease etc… Nothing ever came of those allegations and studies while he was alive.  Now 30 years later  we all know the dangers of   Monsanto...

I was scared straight! Ready to make a change to avoid the same health conditions my father was facing.  It was then I took control of my health and fitness goals! 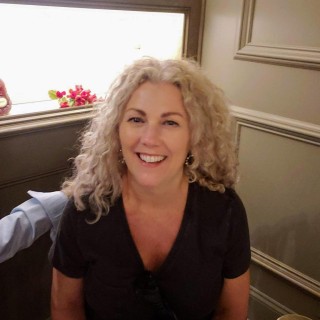 Which Hosting Product is Right for You?